Welcome to the GROHE Press Area

Covering a wide range of topics, our press releases and images keep you abreast of current developments. Be inspired by GROHE, the global brand for sanitary products and systems.

FOR US PRESS MATTERS 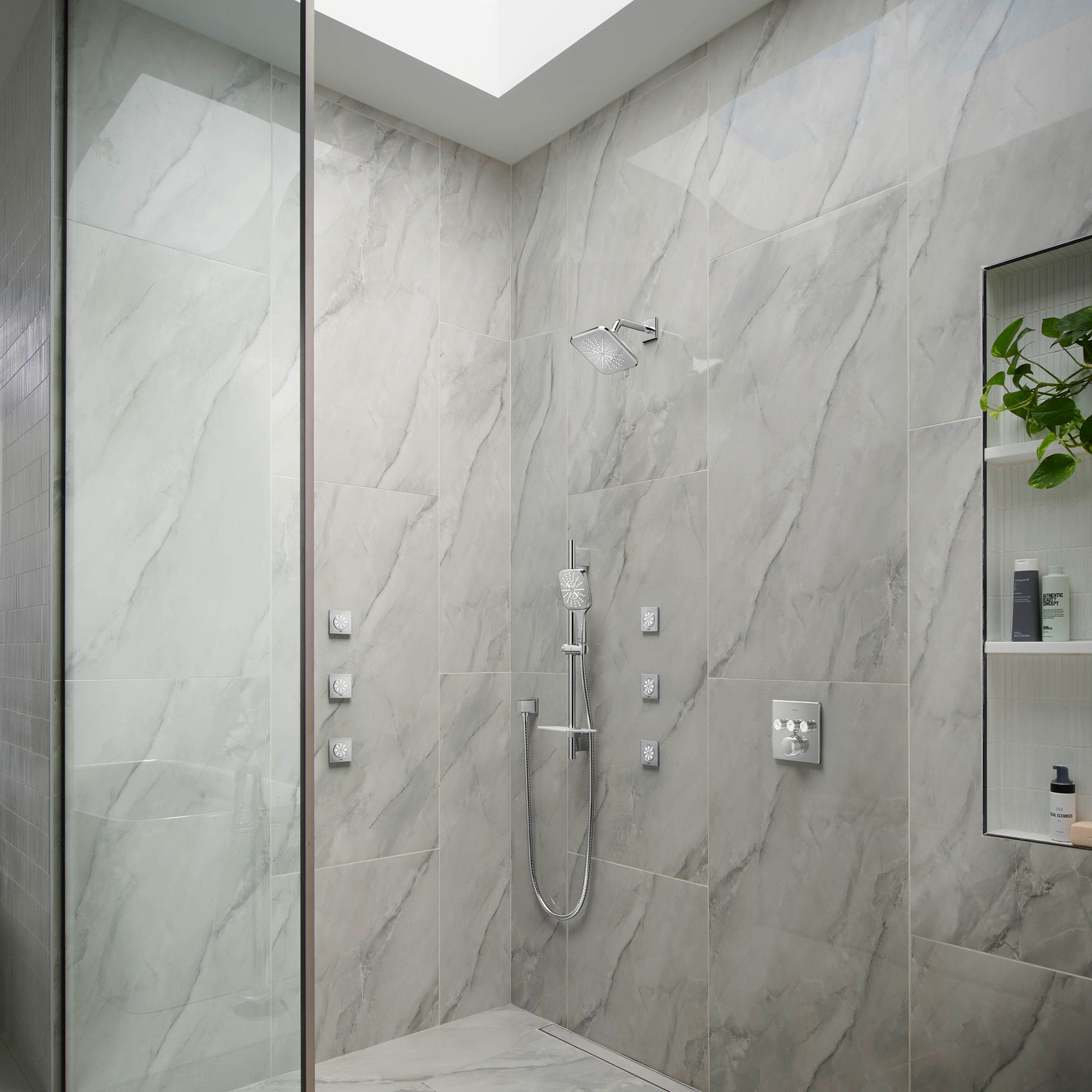 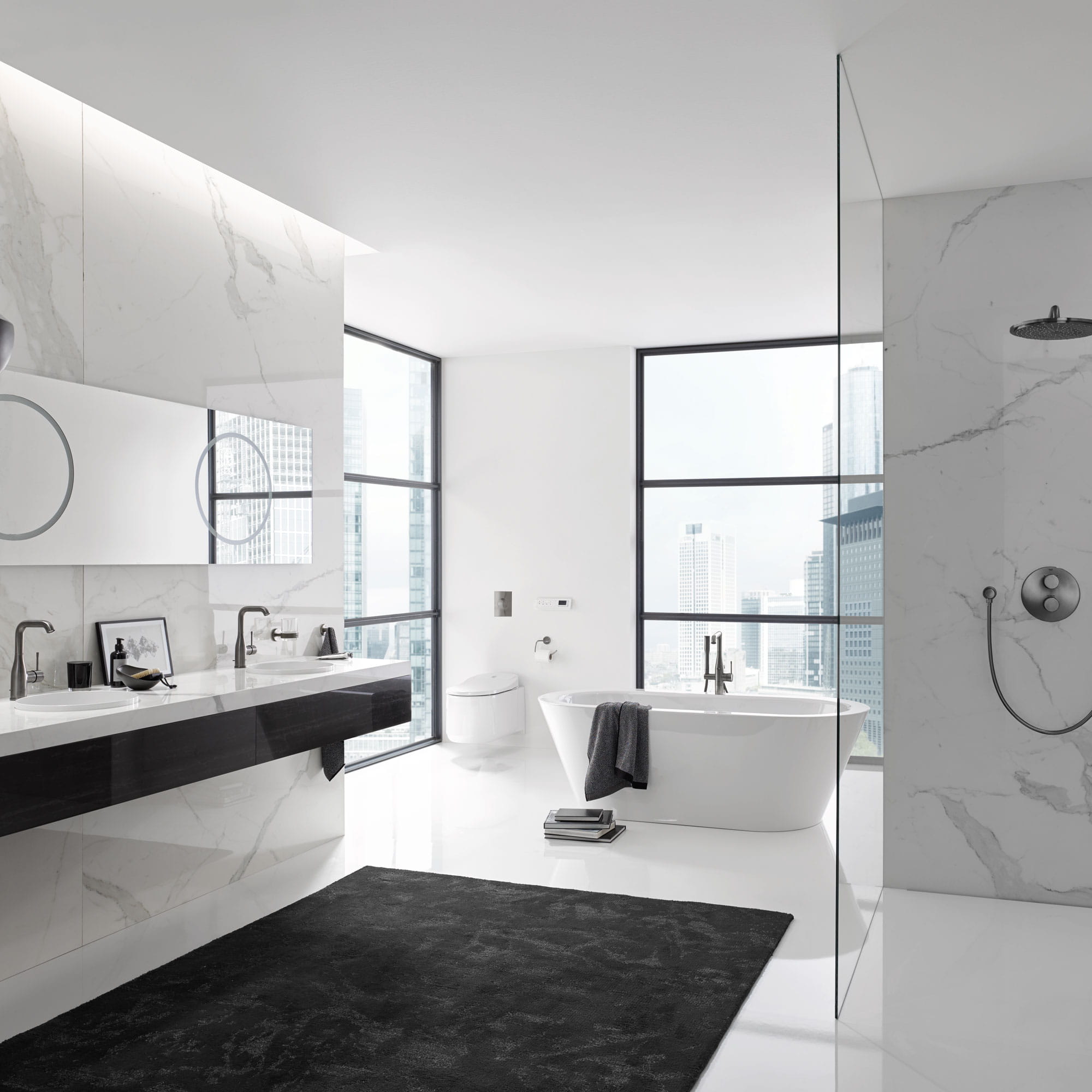 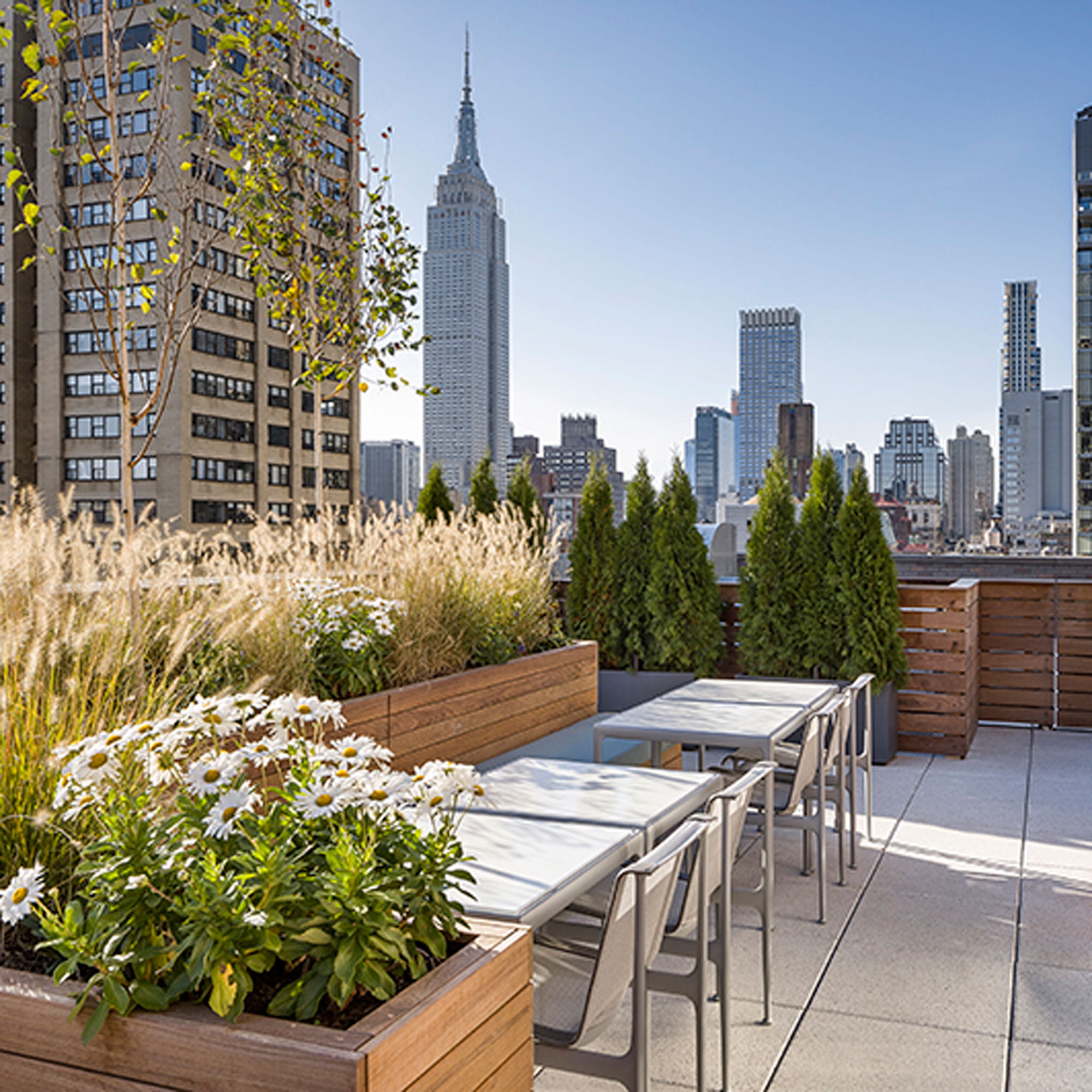 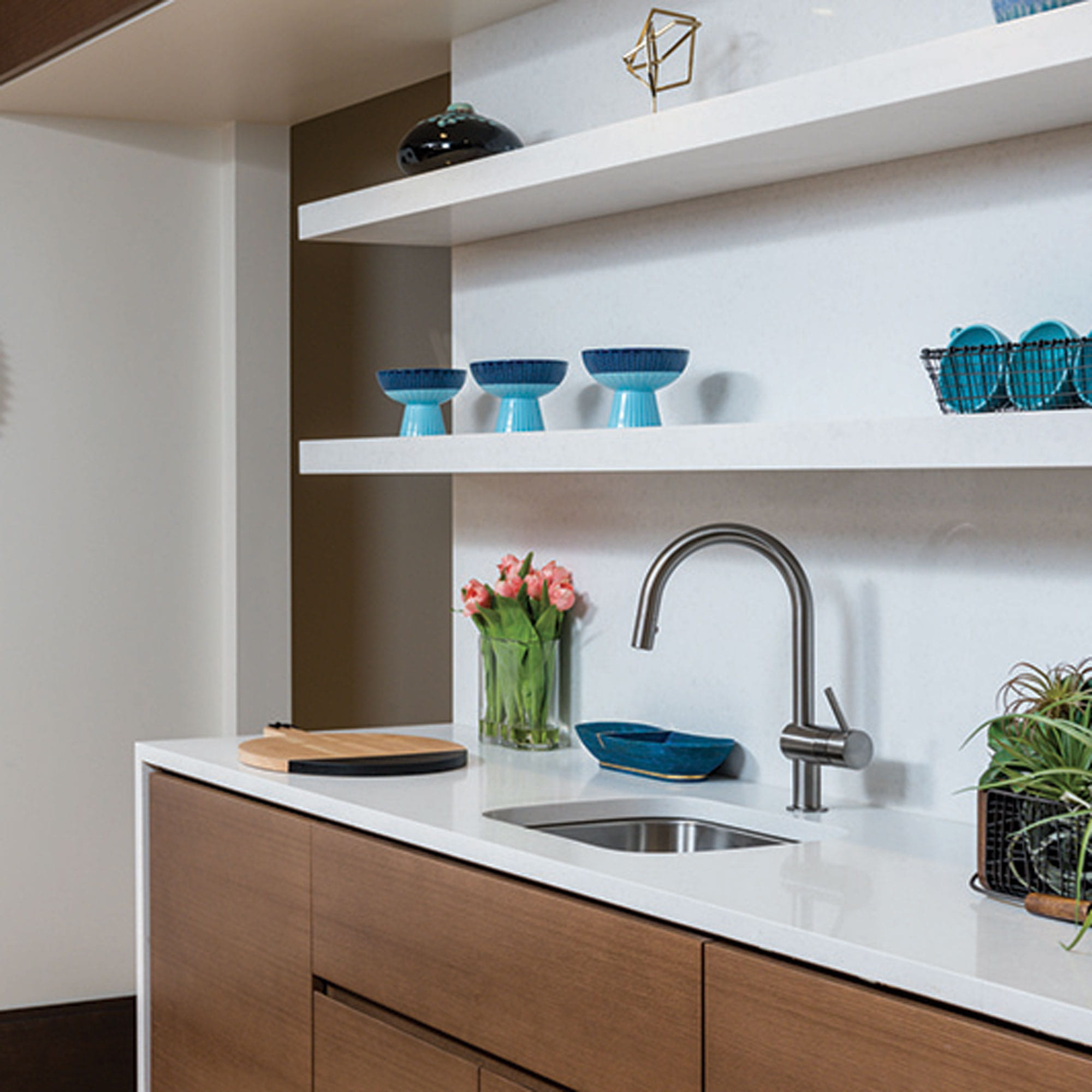 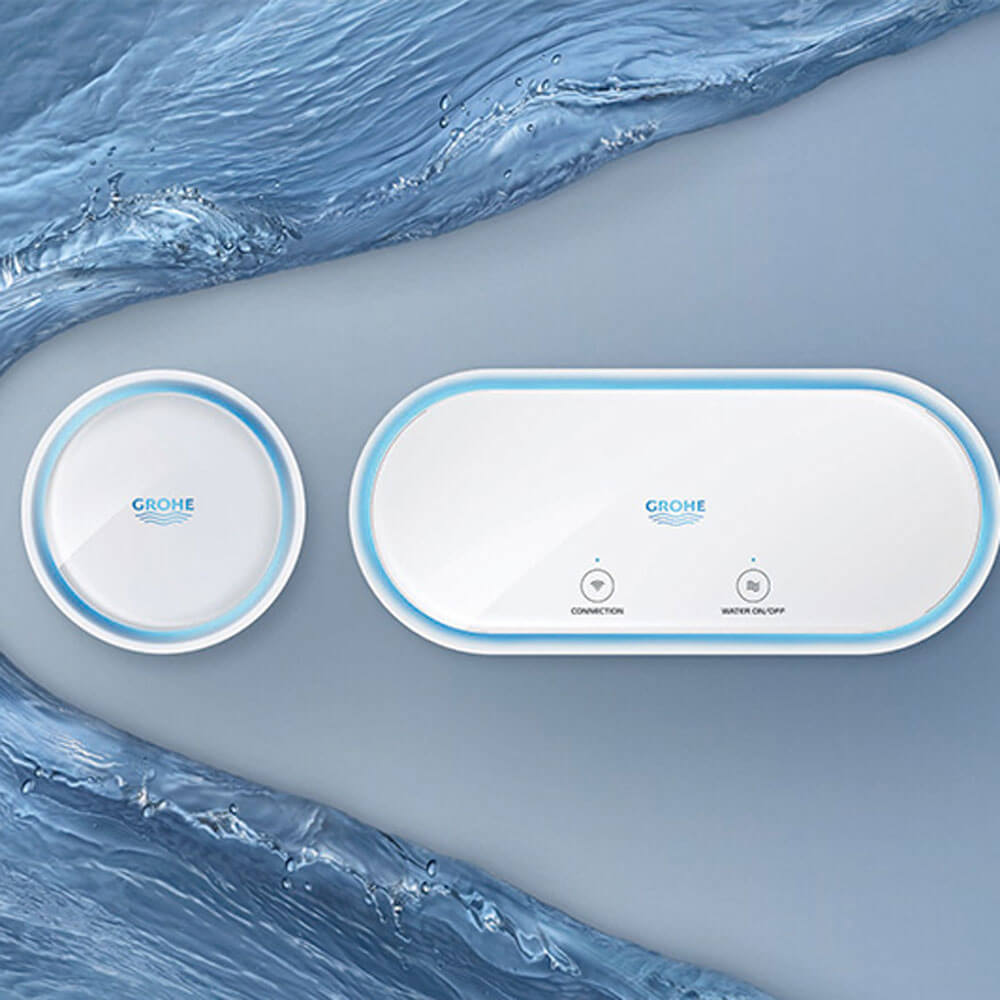 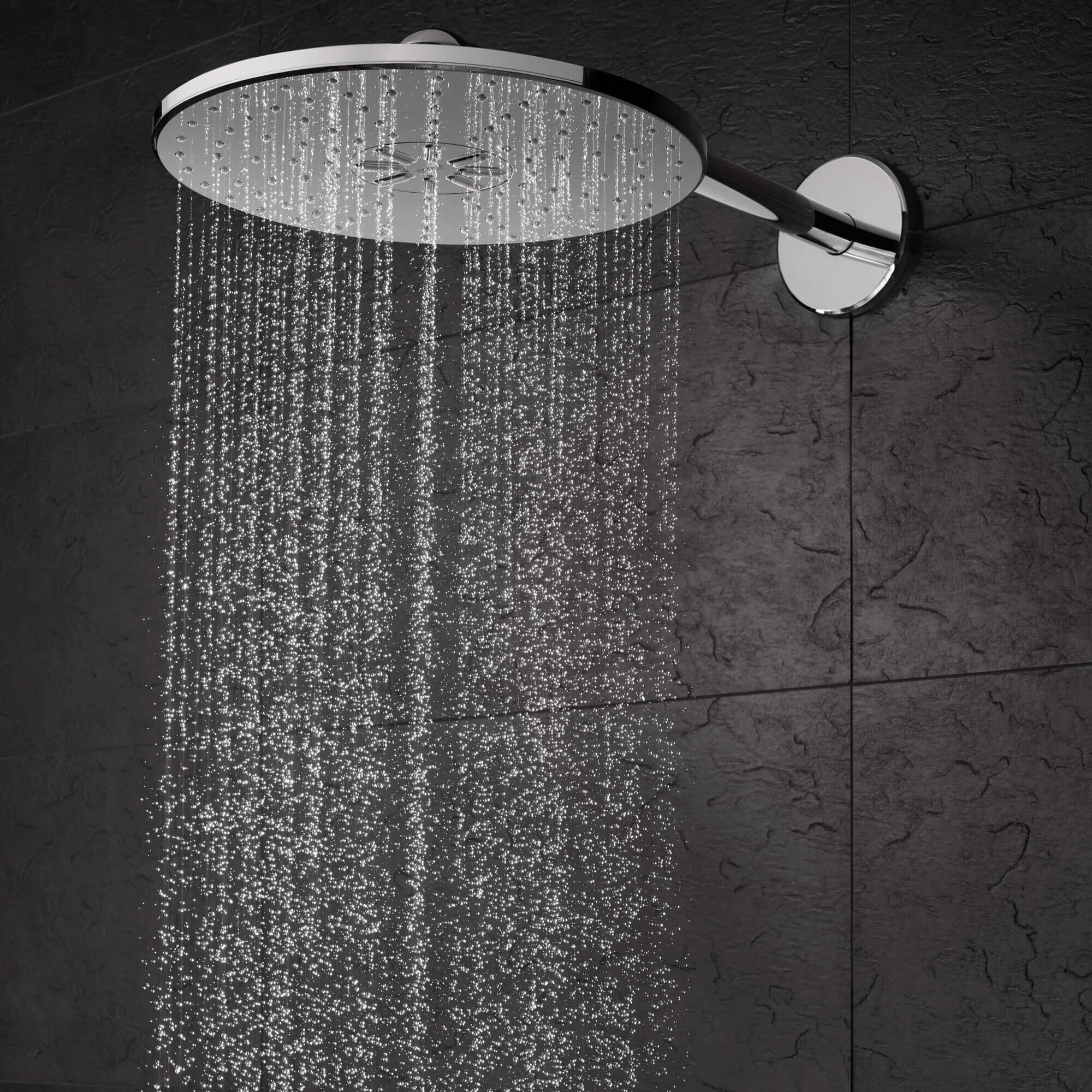 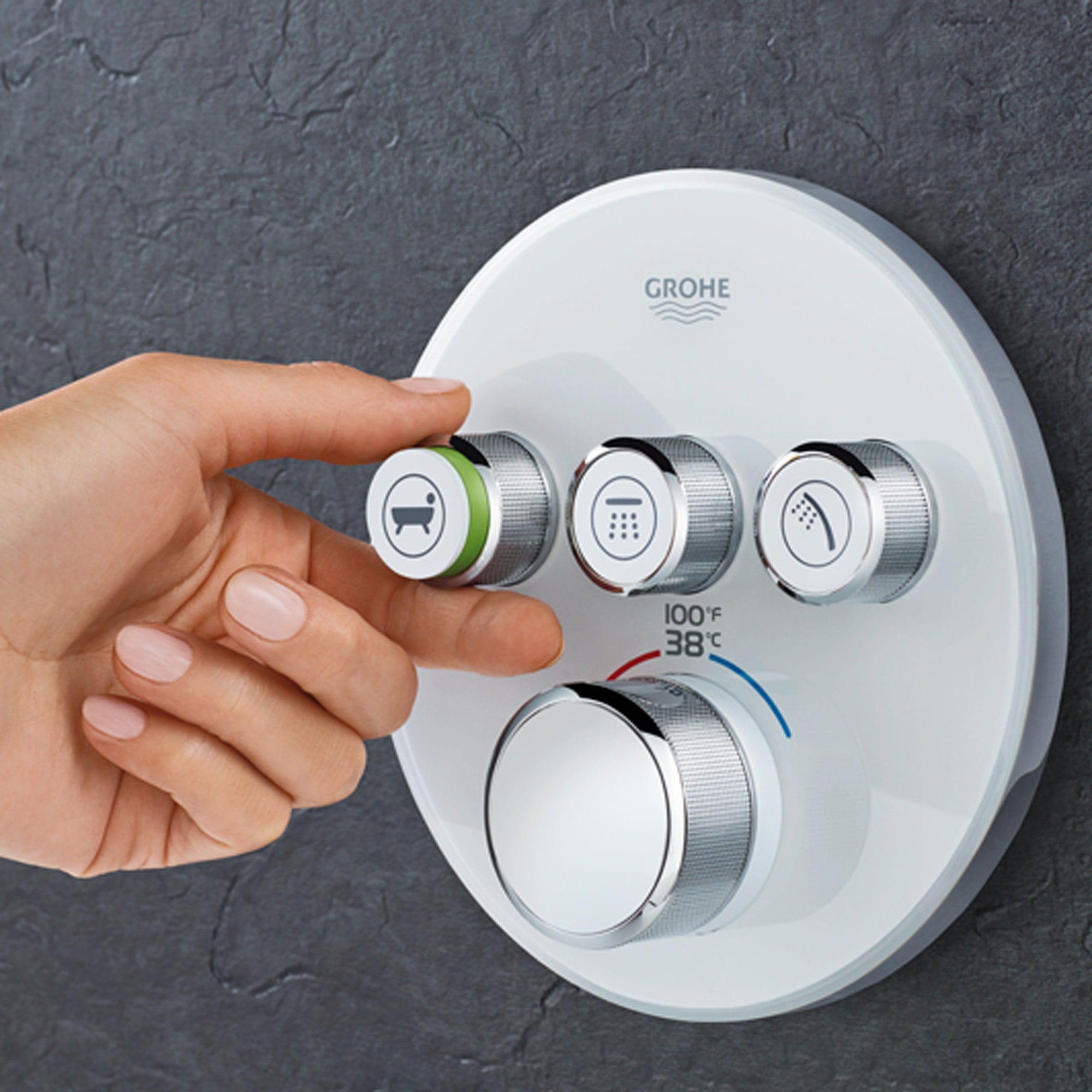 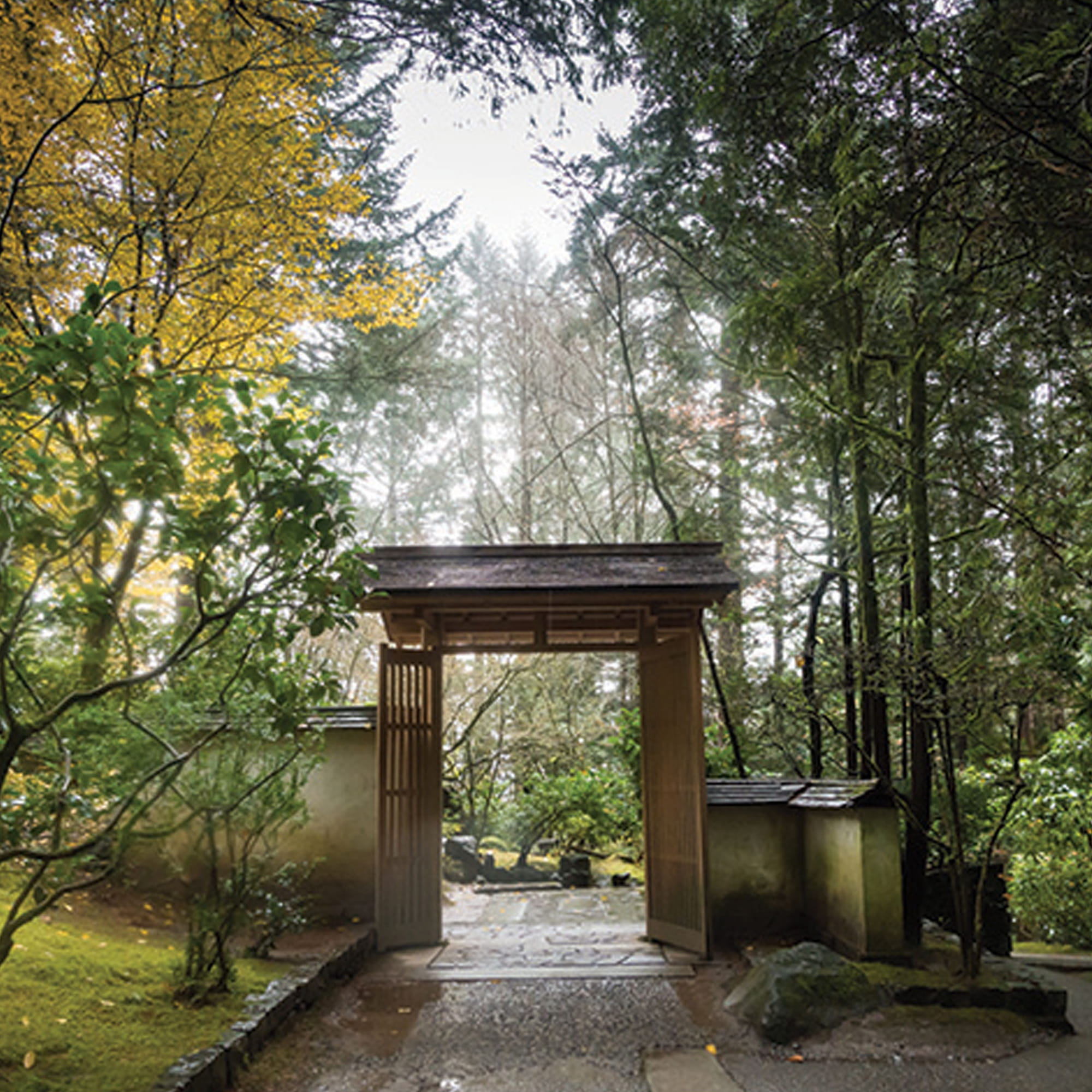 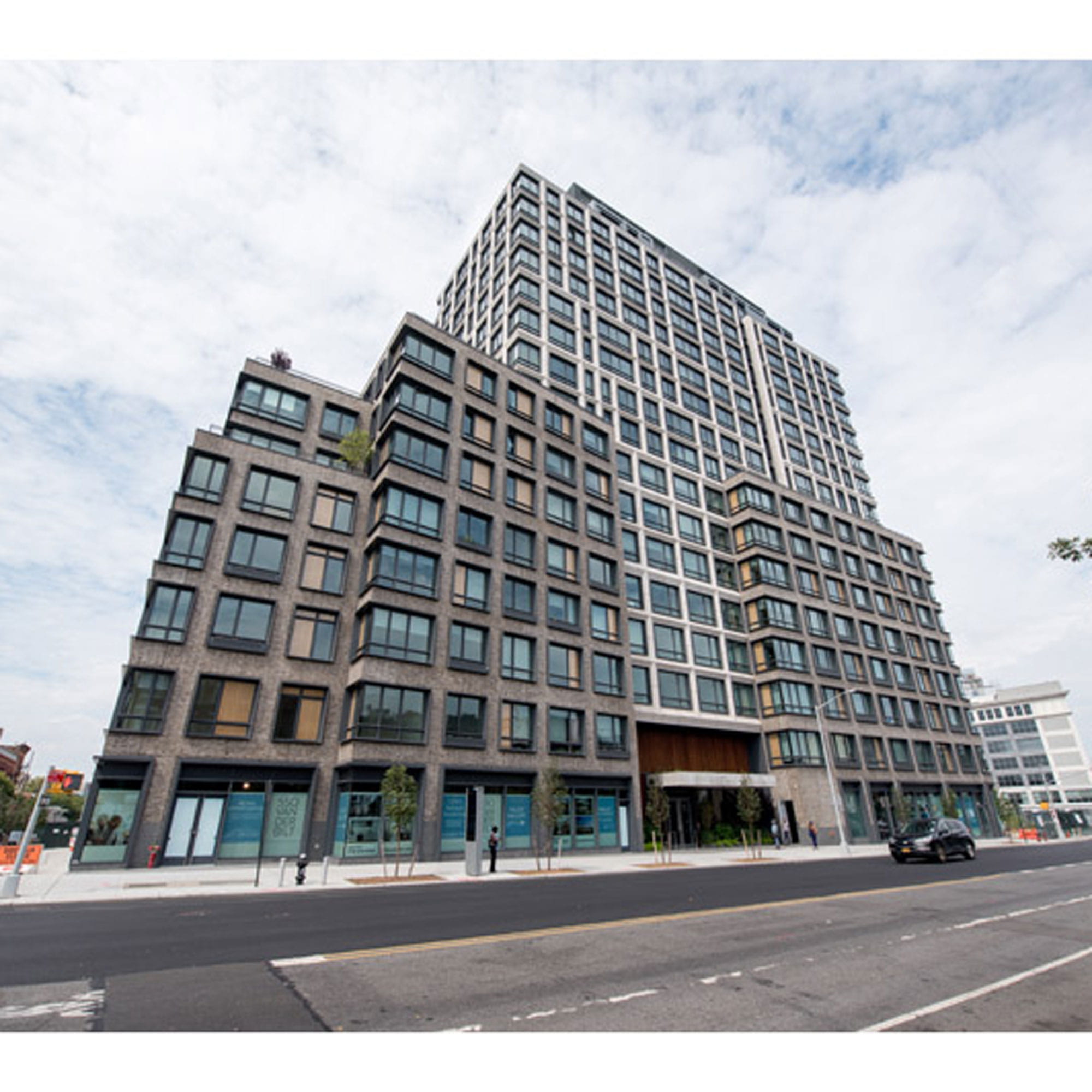 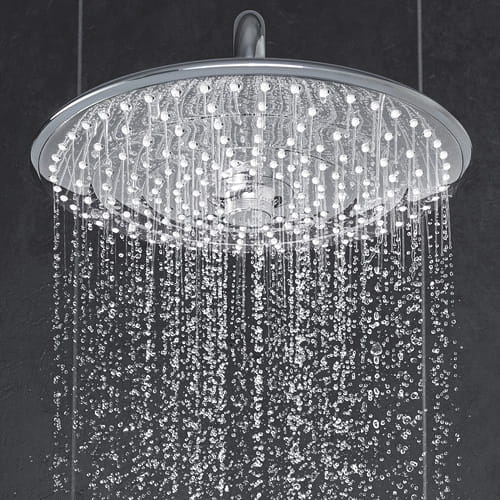 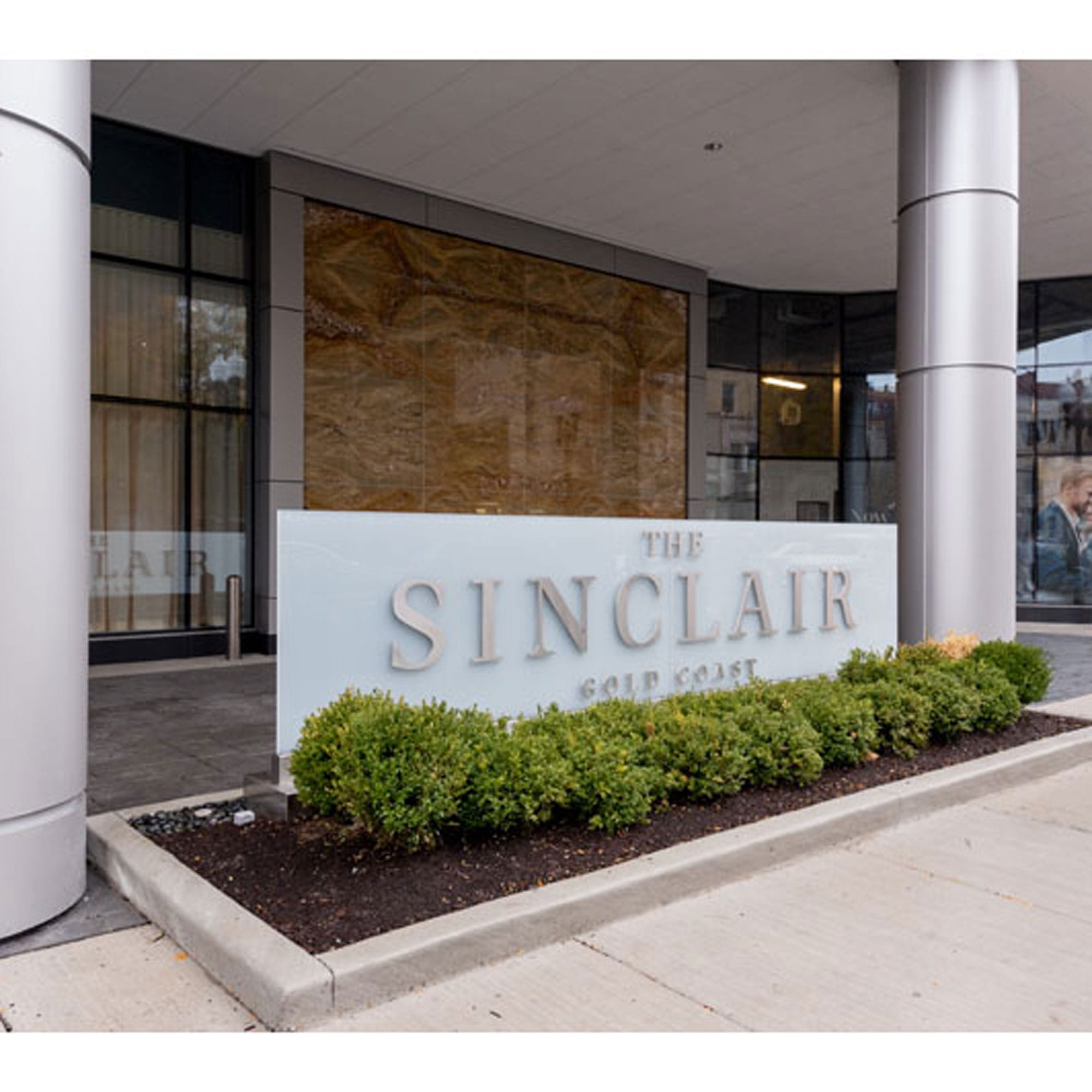 These New Products Aim to Make Your Kitchen Smarter

The latest appliances use home assistants, apps and sensors to help you shop, prep, cook and communicate.

The leafy settings that make many California hillsides attractive to homeowners, can also make the locations challenging to build on. Such was the case for owners of a ’50s-era single-story house who asked San Francisco architect Cary Bernstein to build an 1,100-square-foot master suite on an unused eastern portion of their lot. The adjacent plot was level and seemed ideal for an addition they had always wanted: a serene personal retreat with a spa-like bathroom.

Futuristic Faucets for Every Kitchen

It’s time to upgrade your home’s most utilized water dispenser. Kitchen faucet technology has advanced to such a degree—both in terms of design and capabilities—that you’d be doing your home a disservice if you didn’t consider one of the devices below. The GROHE Blue Chilled & Sparkling is featured.

The larger the showerhead, the more luxurious the shower experience. Now offering this experience to a broader range of consumers, GROHE, part of the LIXIL Corporation, adds a large-diameter, multi-function showerhead to the mid-range price categories.

The new Euphoria 260 showerhead has not only grown in size, but is also distinguished by sleek, contemporary design and chrome plated spray face. It is manufactured to the highest standards of German workmanship with the goal of further enhancing the experience that GROHE delivers for its customers.

A California designer and his wife lovingly restore their throwback gem while carefully adding some modern-day style. The feature includes the GROHE LadyLux3 kitchen faucet and GROHE Seabury lavatory faucet.

Extra capacity and function mark these new products, most of which will be unveiled at this month's Kitchen and Bath Industry Show. The article includes the GROHE SmartControl as the exclusive shower product in this coverage of KBIS highlights.

When Rajeev Basu was planning the bathroom renovation in his studio co-op in Greenwich Village, designers and architects issued the same warning: Don’t get rid of the tub. He ignored them.
“I was thinking of what I want, and whoever I sell to next,” said Mr. Basu, who is in his mid-30s and a writer at Spotify’s in-house creative agency. “I just don’t think most young people care about having a tub.”

Out went the unsightly salmon-colored tub, which looked as if it dated to the 1950s. In came floor-to-ceiling marble tiles from Porcelanosa, a frameless glass panel and a chrome Lanikai rain shower. The project, which began in June 2015, cost between $35,000 and $40,000 and took about six weeks.

Products for the kitchen make food prep fun. Grohe’s Essence Semi-Pro single-handle faucet has been outfitted with an easy-to-clean silicone hose that maximizes maneuverability. Available in 10 colors, it is operable with one hand and boasts 360-degree mobility and a removable spray head. grohe.us
Read Full Article Here
Professional Remodeler

A 1920s Bathroom in Webster Groves Gains Accessibility When a parent needed to move in, this couple decided to give the guest bathroom an update. Their grown children had moved out, and the room was getting minimal use.

This home was built in 1927, and the bathroom still had its original architecture and style. It previously had a large linen closet on the left and a claw-foot tub, surrounded by a plastic shower curtain, in the back corner. On the right, the room had a medicine cabinet, sink and radiator. These features were original to the home and needed to be replaced.

A 1920s Bathroom in Webster Groves Gains Accessibility When a parent needed to move in, this couple decided to give the guest bathroom an update. Their grown children had moved out, and the room was getting minimal use.

This home was built in 1927, and the bathroom still had its original architecture and style. It previously had a large linen closet on the left and a claw-foot tub, surrounded by a plastic shower curtain, in the back corner. On the right, the room had a medicine cabinet, sink and radiator. These features were original to the home and needed to be replaced.

America's most trusted home improvement brand picks the best products of the year. Items 20-35 in our annual round up of the best new products we've seen this year.

Farmhouse-classic apron-front sinks, pull-down faucets and pot fillers top our plumbing picks. Architectural Digest has published the winners of the 2017 Great Design Awards in the kitchen category, including the GROHE Essence Semi-Pro.

Transformative Taps - Hiding below these unassuming spouts are innovative systems that will transform plain water into sparkling water, or even into a perfectly brewed café au lait. We'll drink to that!

Calling for increased support for apprenticeship programs in the building and construction industry, LIXIL Americas president and CEO, Steven Delarge, met with key federal officials on Sept. 14, 2017, at the White House. Organized by the American Supply Association (ASA) and Plumbing, Heating & Cooling Contractors Association (PHCC), Delarge joined other industry leaders at this meeting attended by representatives from the Department of Education and the Department of Labor. LIXIL Americas, the global business unit under which plumbing brands American Standard, DXV and GROHE operate, was joined with representatives from other ASA-member and PHCC-member firms, including Win Supply.

A plumbing-fixture maker devotes itself to saving water.

Germany has some of the world’s toughest sustainability standards, so a German company that routinely wins awards in that department is worth noting. Grohe, part of Japan’s Lixil Group since 2014, has an obsessive approach to eradicating waste and minimizing energy use. It recycles 99% of the water it uses in making its kitchen and bathroom fittings. Its smart home system shuts down a residence’s water supply if it detects a leaky pipe; and its water filtration systems provide bottled-quality water from the faucet with a carbon footprint 40% smaller than that of normal bottled water. Corporate standards are maintained by staff training sessions, while suppliers are subjected to strict audits to ensure they meet social and environmental benchmarks.

Before and After: Light, Bright Kitchen

Relocating the kitchen allows a family to create a big, open space that connects to the deck—with its grilling island—and serves as the hub of the house.

Shortly after moving into their 1941 house in San Carlos, California, Mike Haas and Lisa Porter realized the kitchen just wouldn’t do for their crew: It was too small, too dim, and too bare-bones for Mike’s considerable cooking skills. “We wanted a central open gathering place with casual eating areas, lots of storage, and pro-quality appliances,” Mike says. “All materials would have to stand up to kids, dogs, and assorted mayhem.”

The Flow of Innovation

When it comes to high-tech home innovation, televisions and sound systems get the lion’s share of attention. But the latest smart-home technology focuses on reimagining everyday objects, such as showers and faucets.

The key to rethinking how we experience water at home isn’t only about incorporating digital bells and whistles. As GROHE, the 100-year-old cutting-edge German water-fixture provider, illustrates, the most successful solutions are rooted in intuitive, user-friendly design.

When transforming a 1950s ranch house in a Hudson River hamlet into his family home, designer Ernest de la Torre changes virtually everything, front to back and top to bottom.

For many of us, the impulse to follow a wild and beautiful dream is kept in check by an inner voice of caution: Surely it would be too risky, too time-consuming, too dear. Designer Ernest de la Torre has a knack for tuning out such misgivings, at least judging by the house that he shares with his husband, Kris Haberman, and their son, Parker.

MAKING AN EVEN BIGGER IMPACT WITH A NEW TINY HOUSE

At SUPPLY.com, we love to give back to our local community. A few weeks ago, our friends at Lamon Luther returned to our Austell campus to show off their newest tiny house to the SUPPLY.com team. In partnership with Help One Now, Lamon Luther raffled off the tiny home last month, valued at $65,000, to provide a rescue home for vulnerable children in Kairos Village, near Iquitos, Peru. Given the success of last year’s Tiny House Giveaway, we were honored to once again facilitate the donation of plumbing products for the project with the help of our brand partners – American Standard, Elkay, Duravit, Grohe, and Houzer (a massive thank you to all of them). Read below to learn how we helped Lamon Luther and Help One Now build something great.