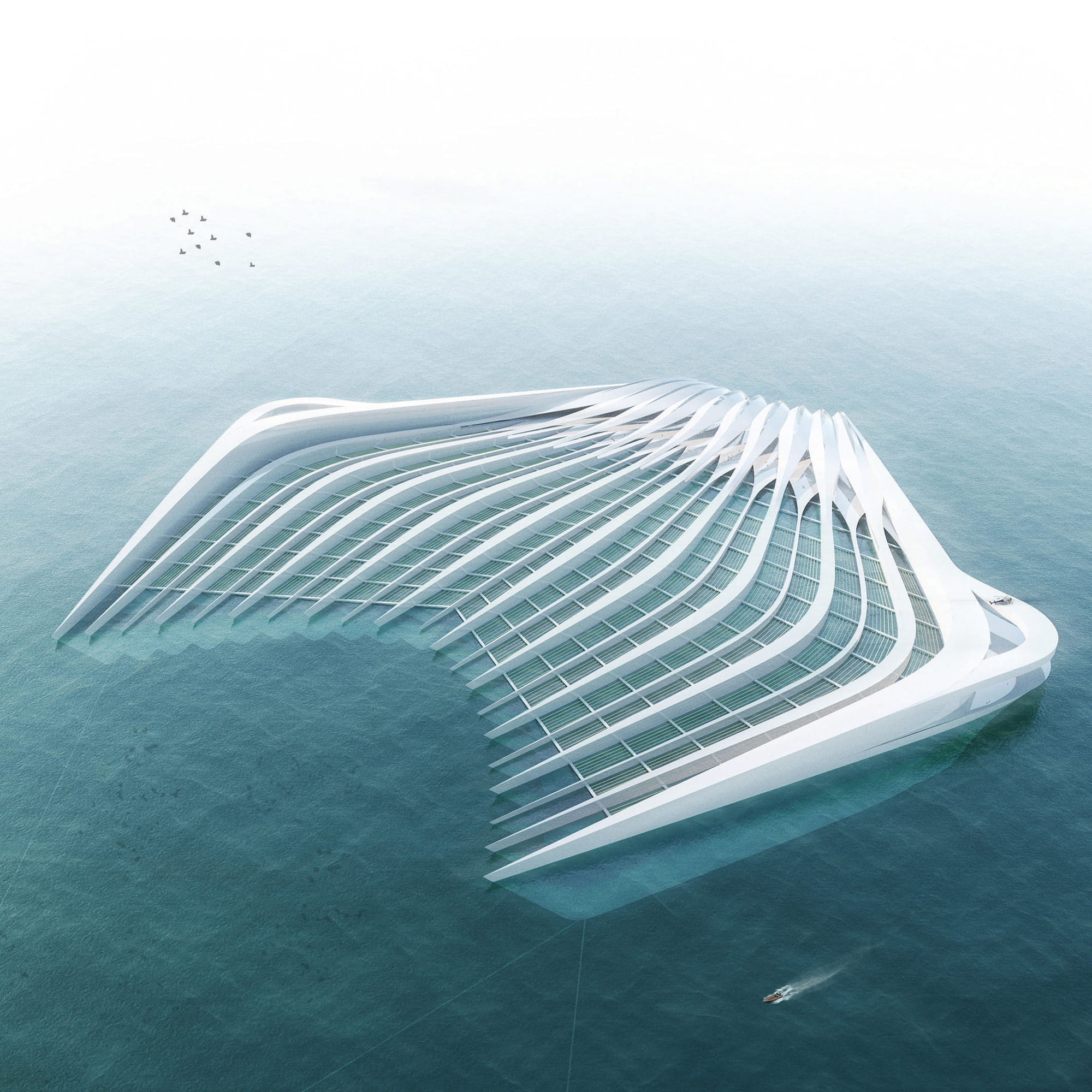 Marcella Hansch has a vision. Actually, she has a few: she wants to clean up our oceans, re-purpose the waste, and educate the public about sustainability. Her project, Pacific Garbage Screening (PGS), supported by GROHE, is designed to tackle all three. With an interdisciplinary team of scientists, engineers, and marine biologists, Hansch, a trained architect, is developing a waterborne platform that will collect plastic waste before it pollutes the ocean’s ecosystems. Using cutting edge technology, the plastic will then be processed in the most sustainable way possible. But that is Hansch’s end goal: for now, the project is still in progress, so she’s busy shaping her vision, spreading the word near and far about her work, and educating the public about how to help the earth and its oceans.

Can you explain what the Pacific Garbage Screening project is about?
The PGS has two focus points. One is to develop a technology that frees our oceans and rivers from plastic waste and to recycle it in a sustainable way. And the other is to raise awareness of the plastic problem with public relations work – to get people to change their behavior.

How did you get involved with this project?
It all started six years ago when I was diving. Something touched my feet and I was shocked because I thought it was a really big fish. But it was a plastic bottle. That’s when I realized that there was much more plastic around me than fish. From that day on, I started to see plastic everywhere: on the beach, on the streets, in the supermarket, at home.

How has your mission developed thus far?
From a technical point of view, we started with this huge vision for the ocean. In discussions with many experts, especially marine biologists, we realized that the ocean isn’t actually the best place to start, because this is plastic’s final destination. Once there, a lot of it sinks to greater depths and does harm before it even reaches the great garbage patches, where we wanted to collect it. In addition, all of the plastic which floats around is already covered with microbes and other organisms. It’s actually its own, new ecosystem. Our new focus is to implement these platforms in rivers and estuaries, because 80 % of all the land-based plastic which enters the ocean flows from rivers into the sea, and we want to stop it there before it can enter the oceans.

What are your immediate and long-term goals for PGS?
The short-term goal is to develop a prototype within the next two years, which we can implement in rivers. The long-term goal would be not just to implement it in Germany and Europe, but also in Asian and African rivers from where the most plastic is entering the ocean. We also want to find a sustainable way to recycle the plastic. And, of course, to establish a worldwide education program to motivate people to change their lifestyles.

Which technologies could help with processing the plastic to make sure PGS is as sustainable as possible?
Because material recycling is not necessarily the best option for degraded plastics recovered from the environment, we are adding a couple of partners to look into different possibilities. One would be to make oil out of the plastic,but that’s not the best way, for me, because ultimately we would burn it again. So, this would be just the first step. Another approach would be to gasify it to get hydrogen, to be used in a sustainable way for energy. Or we might be able to work with microbes that can break down the molecular structure of the plastic and the composite plastic, which could also upcycle the basic components to create new products of higher value.

Similar projects have faced insurmountable logistical and technical challenges in the past. Why do you think PGS will be different?
I think that ours is different in that we are not just focusing on the plastic which is floating on the surface, but also on the smaller particles underneath. And I think we could have a bigger impact on the problem because we’ve adapted our solution to fit with rivers and estuaries. A lot of projects also just focus on the technical solutions, but they don’t think about education. We are also showing people that everyone can make a change and awareness is the first step in stopping the plastic problem before it even starts.

How can consumers support you?
Of course, we are always looking for donations to help us make this project a reality. You can become a member from just 12 Euros a year: not that much, but it helps us to continue our work. Apart from that, everybody can make a small contribution to sustainability in their everyday life – nothing is too small to make a difference.